The 83485A is an optical/electrical module. It incorporates two measurement channels, one optical and one electrical. Each channel has two selectable bandwidth setting. In the Lower bandwidth modes of 12.4 GHz, Oscilloscope noise performance is excellent, while the 20 GHz allows greater fidelity for high speed signals.

The integrated optical channel reduces mismatch loss variation by eliminating signal distorting cables and connectors associated with the use of external receivers in order to accurately characterize optical waveforms. The optical channel is calibrated at 1310nm and 1550nm to provide both accurate display of the received optical waveform in optical power units and measurements of the signal average power. In addition, the user cal feature provides for consistent accuracy at any wavelength between 1200nm and 1600nm using a source and power meter.

The HP Agilent 83485A optical/electrical plug-in module also is a calibrated SONET/SDH reference receiver that is measured to comply ITU-TS G.957 and Bellcore GR-253-CORE frequency response requirements for transmitter compliance testing. By either pressing a front panel button or issuing an HP-IB command, a fourth order Bessel-Thomson filter in inserted into or removed from the measurement channel by a very repeatable HP microwave switch. The switch removes the potential variability and the time wasted by manually inserting and removing the filter when alternating between high fidelity waveform charaterization and SONET/SDH compliance testing.

4 other products in the same category: 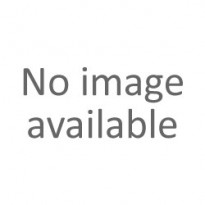